It was really a nice experience for me to attend the official party which was arranged by our office for the officers on the eve of 31st Night.  Though it would better if the party held in 31st December, but due to the government holiday (31st December was Friday) it was arranged in 30th December. Whatever it is, we enjoyed a lot and the experience was really cool. There was another surprise for us, while our dinner was running we found famous singer Kumar Biswajeet was singing in the ground floor (we were in the first floor), actually he was hired for   another house party which was going on that floor.

We went to the Ambrosia (Well know restaurant in Agrabad, Chittagong Bangladesh) directly from our office by our official car. We were really un-prepared as the decision of the dinner party was taken suddenly.  On the road most our officers went down and go back to their house to attend with their wives.  As I am unmarried  J , so I went directly to the Ambrosia. We were too un-prepared that some of our officers went to the saloon to clean their faces (bachelor group) …..Think about that….

What to say about our girls…. Unmarried ones went   to the parlor   for moisturizing and toning their skin and the married ones went to their house to attend with their husband and child… Oh…Most of them leave the office before office hours.

Our MD Sir also leaves the office before time and we thought he will attend with his wife and child. But it was sad that after reaching home he became ill (attacked by cold) and could not attend the party. We really missed it. Mainly I was intrigue to meet with Madam because she is my reporting boss and after joining to my office as Software Engineer I didn’t met with her. During the time of my joining she was in India (Both of our MD and His wife from India – Tamil Nadu) and she returns just few days ago.

The quality of the dinner was good. I really liked their salads, fried rice and curry. But, there was another salad prepared with noodles, I think, yak, the taste was horrific. It makes the taste of my whole curry horrific that’s why I had to take rice and curry again. They served cold drinks single time, I asked for another one but they didn’t serve me, I am not sure about the dinner etiquette.  Our dinner starts from 8.45 pm; at first they served Thai prawn soup, onthon, tasty salads, and cutlet which actually destroy our hunger for rice and others. Whatever, secondly we took rice, nun,salad,mutton, chicken and prawn curry, except the salad and nun others was good. For this salad I had to take rice for the second time.

We finished our dinner at 9.45 pm and after a while our Operation Manager announced the end of the party….We did photo session which was also really funny……. Really, I am proud to be a member of our office family…. We enjoyed a lot that night……One year is going on from our life…another new year is knocking at the door……

View all posts by allaboutbasic

2 thoughts on “Dinner Party in Ambrosia Chittagong: On the eve of 31st Night —To enjoy…. Happy New Year” 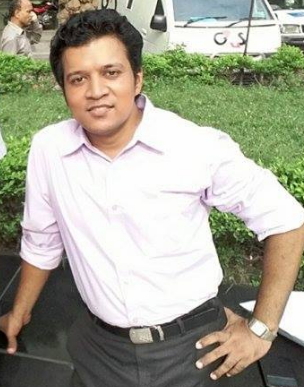 This Site Has Been Visited

Synopsis of Bhagavad Geeta!!!
What has happened, happened fair,
What is happening, happening fair!
What will be will be fair!
What have you lost that you are crying for?
What did u have with you during your birth that u have lost?
What have u created that is destroyed??
What u have taken, taken from here!
What u have given, given here!
What u possess today,
That was possessed by other yesterday…
And will be possessed by some other tomorrow!!!
‘Change’ is the very law of the world!!!
%d bloggers like this: